On the 12th of July 1912, seven aspiring golfers held a meeting in the inconspicuous premises of The National Bank in the very small township of Cobram. From this humble beginning, the present magnificent Cobram-Barooga Golf Club Complex was to grow, and in the fullness of time, cater for the requirements of an ever-increasing membership. The first course was a 9-hole layout with a par of 45 extending over the area of the present Sale yards and adjoining commercial premises. During the war years, the Club went into recess and on reforming, a new site had to be found be-cause of the development of the township. Cox’s Paddock now occupied by the Consolidated School, was one site used, while a 4-hole course was situated in Dr. Kennedy’s property. In 1925, a 9-hole course was laid out on the south-west of Murray Valley Highway where Grant’s Poultry Farm now stands. The influence of three keen golfers, George Grant, Ted Henderson, and Leo Kennedy can be seen in the Club affairs about this time, as a golf professional was engaged to give tuition to members and the first moves were made to find more suitable golf country. The first inspired steps to move to the present site in Barooga on the New South Wales side of the River, were taken at the Annual Meeting in 1926. Although the present revenue raising potential associated with location in New South Wales territory could hardly have been foreseen, the undulating and sandy country bordering the waters of the magnificent Murray, were lures no golfer could resist.

In an effort to secure land for future use, the aggressive committee of the day led by George Grant, approached the District Surveyor in Wagga, and also contacted Mr. Kilpatrick, M.L.A. Despite strong opposition, it was decided at a special meeting held on the 9th of July 1926, to accept terms of tenure from the Lands Department and the New South Wales Police Department for two areas of land. The Police Paddock is the area on which our present 4th to 8th holes is located, and the Recreation Reserve controlled by the Lands Department is now occupied by the 2nd, 3rd, and 9th holes. Mr. Leo Kennedy, who was to become the Club’s first Life Member, was elected President in 1927, and some 12 months later, he led the Club to its present home in Barooga. 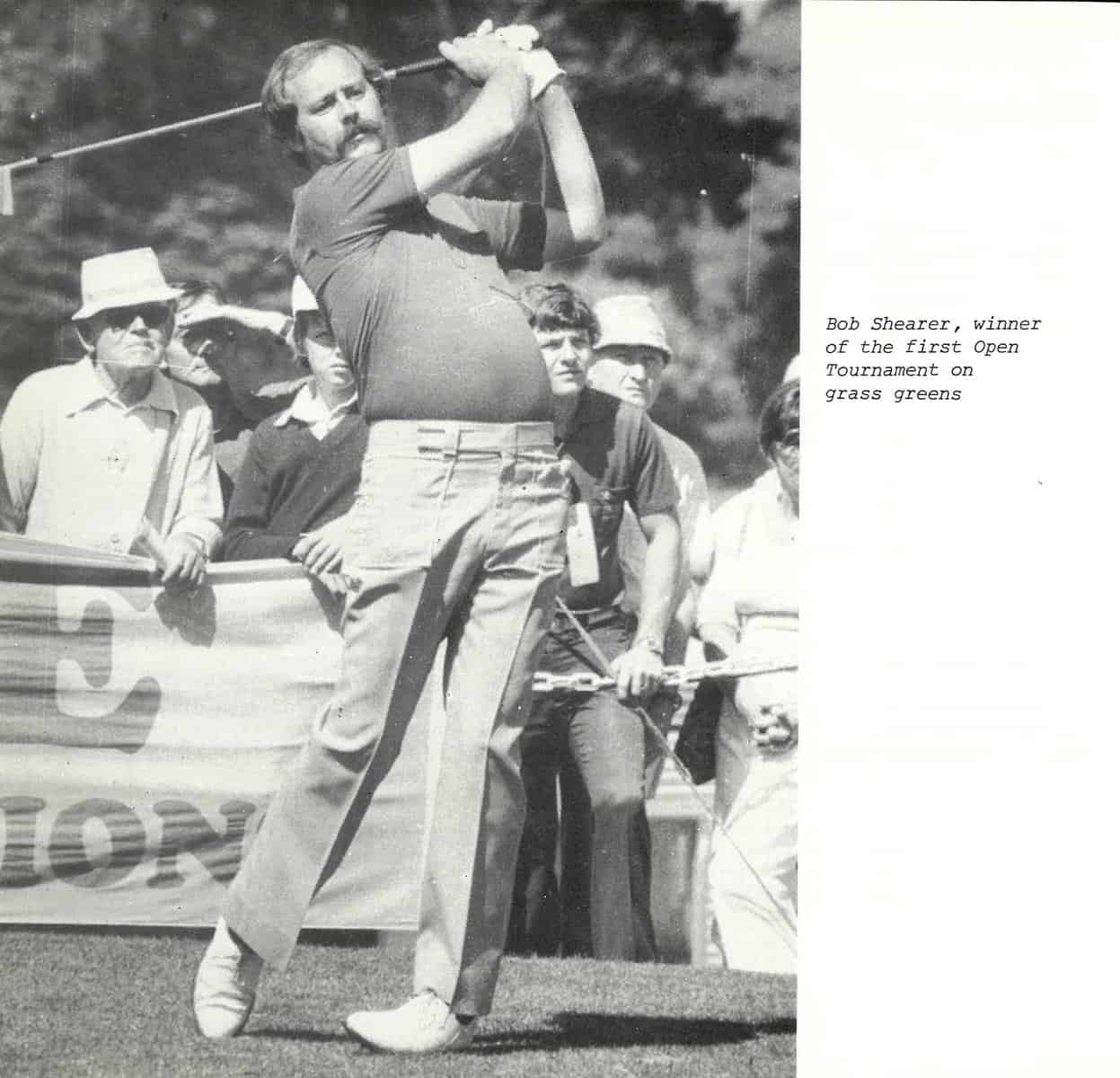 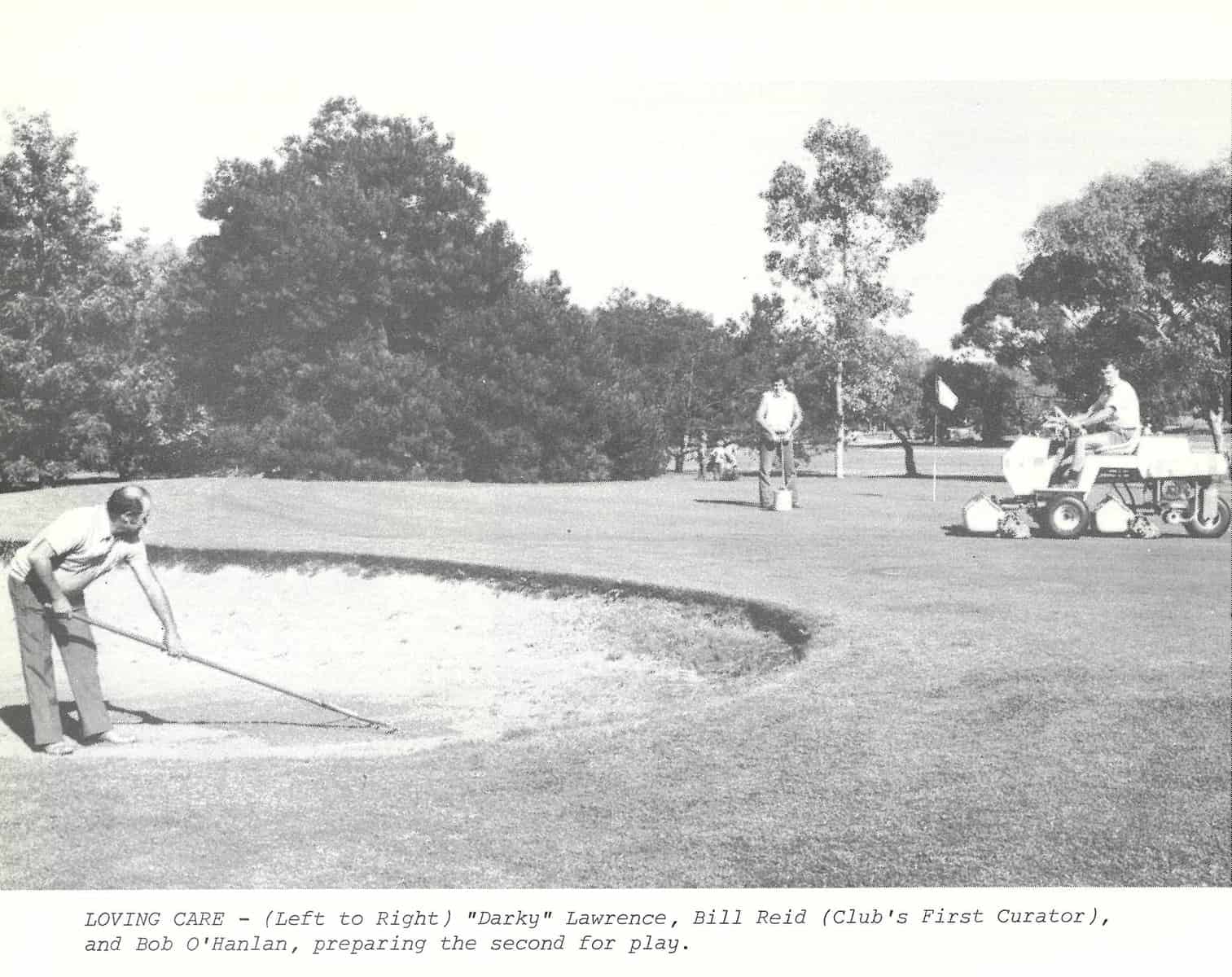 The first competition was held at Barooga on the 18th of April 1928, with enthusiasts of the game journeying from surrounding clubs for the opening of the new 9-hole course. Since the club house was not yet erected, the first tee was situated adjacent to the Barooga Football pavilion, which was to be the 19th hole for some time to come. On condition that a wooden floor, be laid immediately to improve the comfort of the pavilion, the Club donated 5 pounds. So, impressed with the new environment and the potential offered by the adjoining country, the members at the Annual Meeting in 1929 unanimously decided to engage the services of Golf Architect, Mr. A. E. Findlay to design an additional 9-holes. Mr. Boyd, owner of Barooga Station, was most co-operative in allowing the Club the use of the “Barooga Paddock”, an area of land that extended from the boundary of the Police Paddock to the timbered edge of the river bends. The new layout made full use of the undulating country and remained almost unaltered until the Club, on the purchase of their own land some twenty years later, moved from Barooga Station. 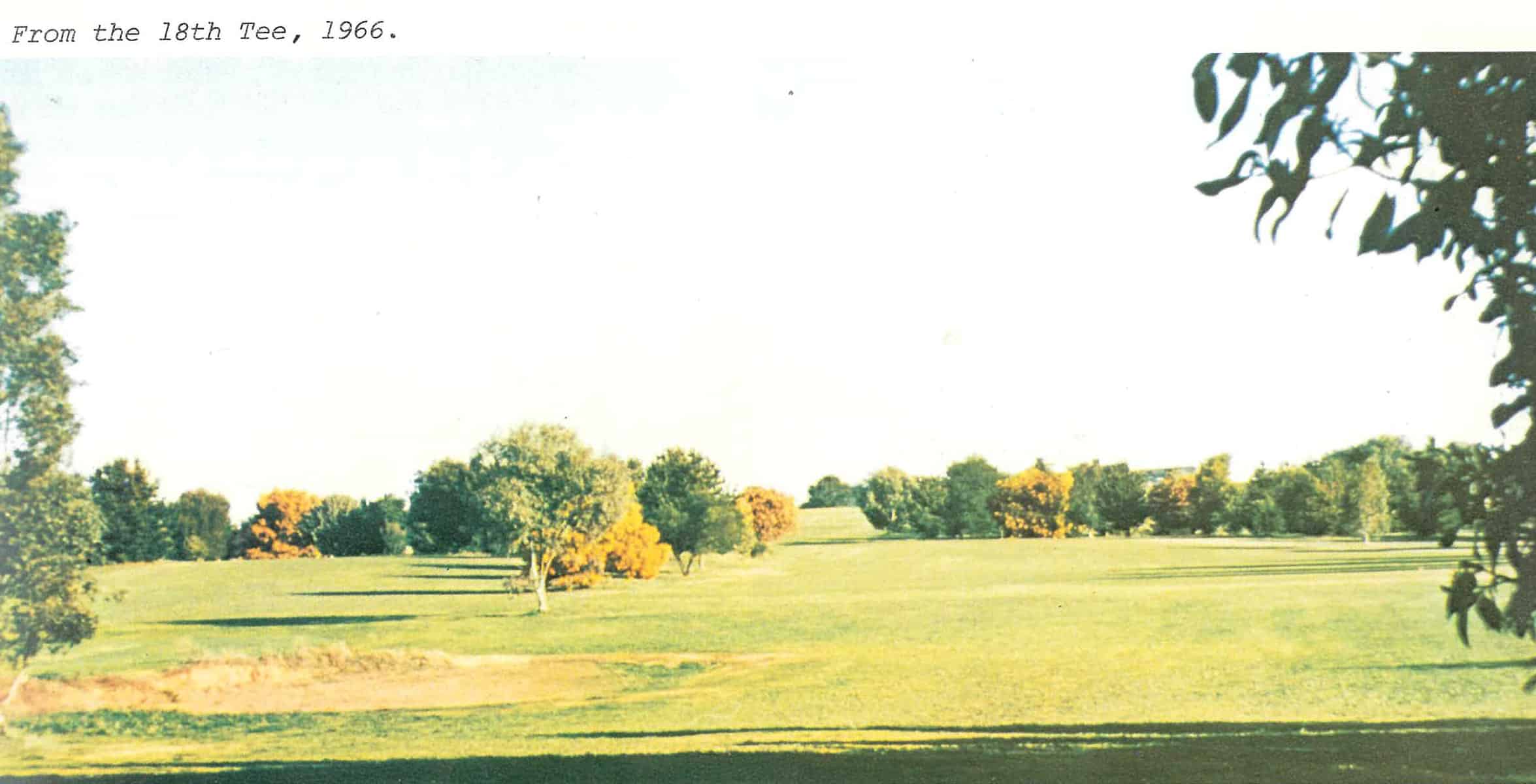 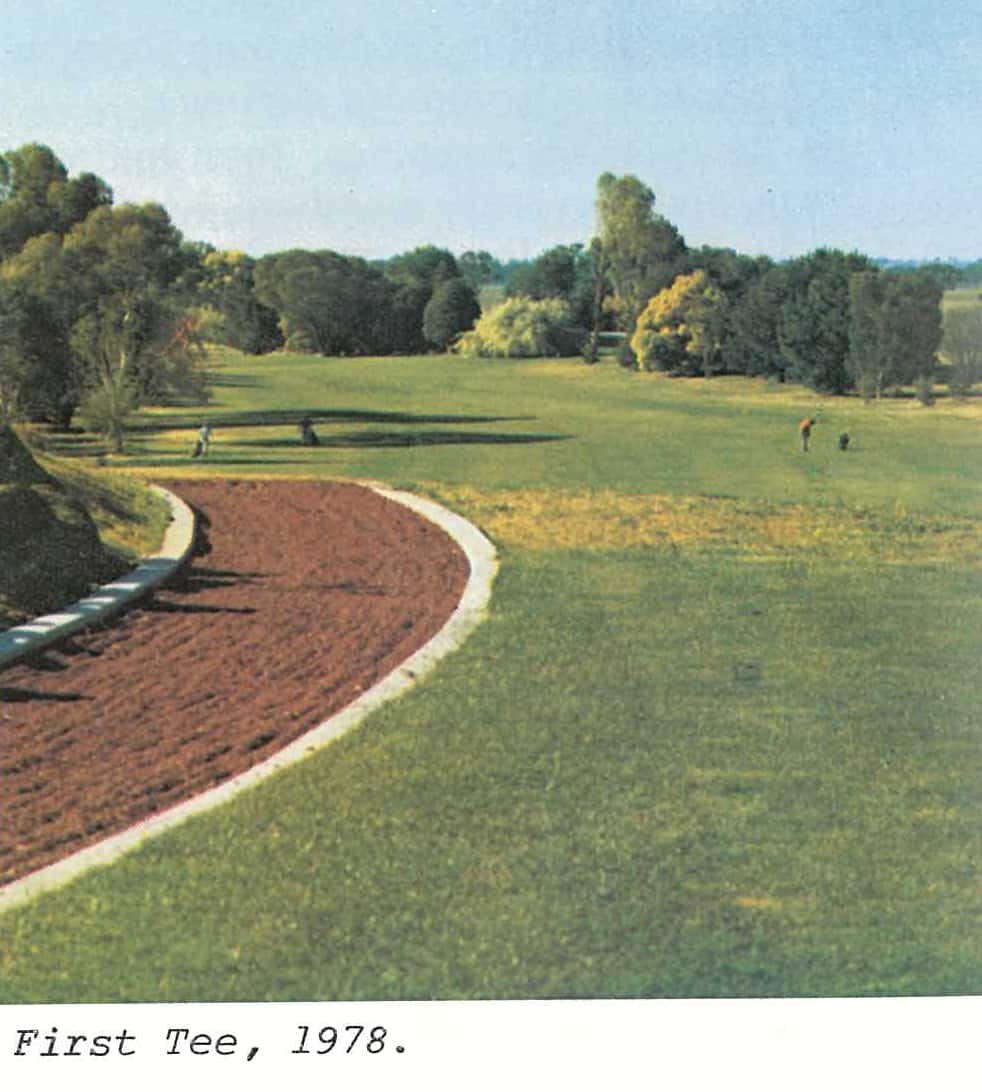 Following the low-key operations of the war years, Bob Pullar, who had led the Club through these difficult times, embarked the Committee on an extensive membership drive. Because of more involvement of people from both sides of the river, the name of the Club was changed to The Cobram-Barooga Golf Club. This was in 1948, the same year that the late Ossie Pickworth made the first of his two visits to

the Club. Club finances were in a healthy state and having served a record twelve years as President, Bob Pullar stepped down from the position in 1950, in favour of Mr. D. Y. Spence, a publican, who had recently moved to Cobram. Dave Spence was to become the first of several new Club identities over the next few years, as a new era opened in the Murray Valley.

This was the establishment of The Soldier Settlement Scheme, which resulted in a substantial number of large holdings being subdivided into 150-acre Dairy Farms for the rehabilitation of Returned Servicemen. Along with their young wives and families, these men set about turning the dry wheat paddocks into green pastures, as well as injecting new life into the community. Seeking an outlet for their excess energy away from the farms, many of these returned men joined local sporting and civic organisations and made a significant contribution to the progress of our community. One of the “newcomers” was Jim McCurdy who joined the Committee in 1953, totally unaware of the impact he was to make on the Club in the ensuing years. The Committee, under Mr. Spence, an aggressive and determined leader, was very active. Membership grew steadily, and additions to the club house, including a “Bar” area were acquired. A familiar sight on Sundays was a brown “Humber Super Snipe” car arriving at the Club with a “finer” propping open the boot. Stan Johnson and the late Max George were always on hand to serve the “Good Cheer” to many a weary golfer and so help to drown the misery of a day spent in the rough. At this time, the first of several unsuccessful attempts to purchase the Barooga Paddock was made. Mr. George Keach, the owner of Barooga Station, had been a generous landlord, but restrictive conditions of usage prevented the planting of trees or the carrying out of any earthworks. Although the course was always well maintained, and the Recreation Reserve and Police Paddock holes well treed, the openness of the Barooga Paddock detracted somewhat from the overall course presentation. In 1951, prior to his departure for Heathcote as Postmaster, Andy O’Brien became the Club’s second Life Member. Andy returned to Cobram several years later, and rather than rest on his laurels, he quickly be-came involved in Club administration at Committee level up until 1977. He is still active in Club affairs, currently acting as handicapper.

Joining Dave Spence on the Committee in 1953, was local solicitor Ken Evans, a very progressive and imaginative man who made a significant contribution to the town of Cobram and to its Golf Club. `Chesty” as he was known, was deeply involved in the development of the Murray Goulburn Co-operative at Cobram in its early years and was directly responsible for the establishment of the first Housing Societies, His thinking on Golf Club matters were equally progressive. Realising the danger in owning only a few acres of the total course layout, the Committee in 1953 began looking for suitable land to purchase to give the Club some independence. An approach was made to Mr. Trammie Quinane who owned the property adjoining the northern boundary of the course. However, there was also a strong lobby to move back to Victoria. The area under consideration, owned by Mr. Pye, was ideal golf country on the north side of Yarrawonga Road some 4 miles from Cobram. Poker machines and the advantages of remaining in New South Wales were of no consideration at the time, and the decision to purchase 50 acres of Quinane’s property at £40 per acre was made purely on its merit as ideal golf country. Also, the fact that some water rights were avail-able with the land lent some weight to the decision. This area, broadly, is now the site of the second nine holes and the club house.

No time was wasted in getting into action in every endeavour to have the new land brought into use as soon as possible. Early in 1955, Mr. Vern Morcom, curator of Kingston Heath, was engaged to design a new layout, using the existing holes where possible. Apart from a few minor alterations and a couple of major changes, our layout today is the original design of Mr. Morcom. As a result of heavy capital expenditure in relation to the course development and purchase of equipment, the Club had a debit balance of £ 1,500 but at this precise moment the first poker machine was installed at the Club on trial. The trial was an immense success and the generation of the income therefrom saw the evolution of the dream of watered fairways, grass greens and a year-round golfing season resolve into an attain-able reality. Just prior to poker machines being introduced into the Club, Ken Evans prepared a case and successfully applied, on the Club’s behalf, for a liquor licence. Despite the scepticism of the Committee and the shortcomings of the Club’s facilities to obtain a licence, “Chesty” was so keen and well prepared, that the magistrate gave him a most sympathetic hearing and granted the licence provided certain works were carried out by the Club. By today’s standards, this would not have been possible. 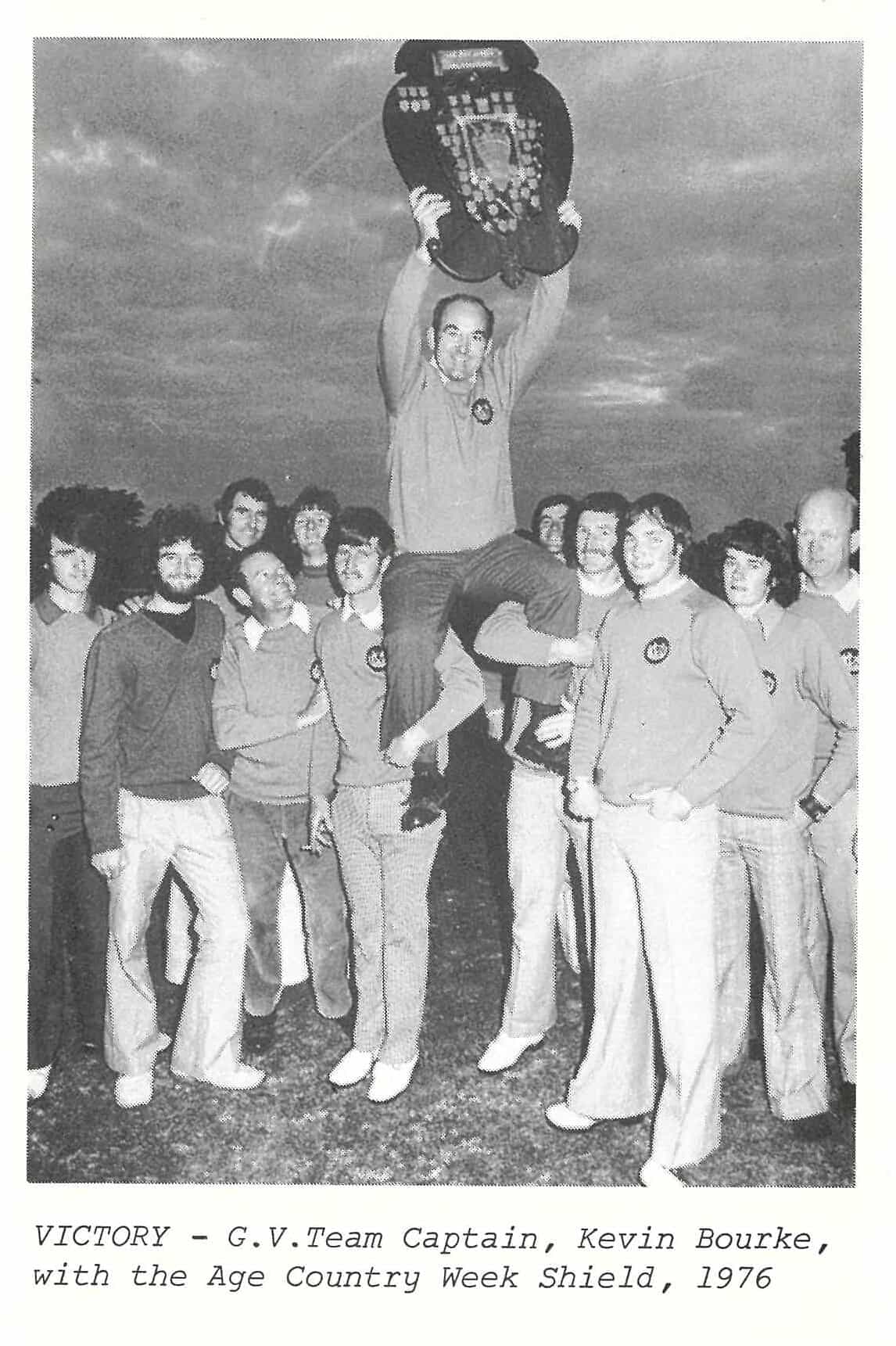 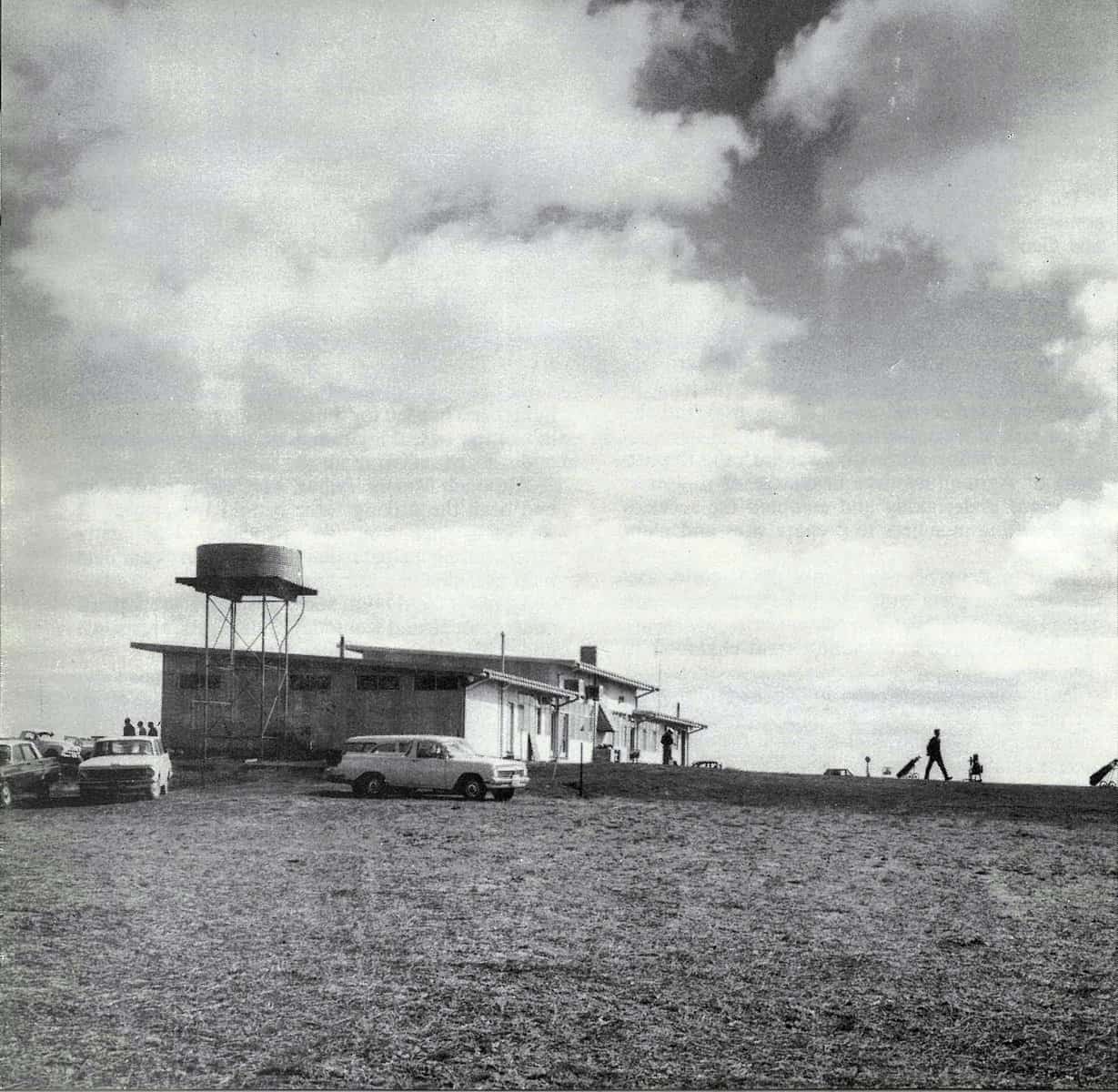 A real pride of the Murray River Region for locals and visitors alike, Our adjacent club, Sporties Barooga. Enjoy our wide range of facilities, there’s something for everyone!